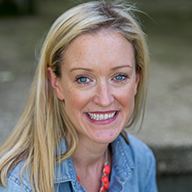 Jessica led the design and management of the C-PACE program at the CT Green Bank. In its first two years, the program financed $75 million in clean energy projects and executed the first securitization of commercial efficiency assets, more than doubling the volume of PACE transactions between 2013 and 2014. Bailey worked from 2004 to 2012 at the Rockefeller Brothers Fund (RBF), an $800 million foundation based in New York. As the Fund’s program officer for sustainable development, she co-managed a $7 million portfolio of grants focused on combating climate change and promoting clean energy. In 2014, she was named a “Champion of Change” by the White House for solar deployment. Hartford Business Journal dubbed her a “Green Warrior” for her work to design the successful Connecticut C-PACE program. She sits on the board of the New England Clean Energy Council and PACENow. She received her graduate degree from Yale University and undergraduate degree from the University of Notre Dame.