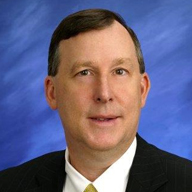 Godley is a corporator of the Chelsea Groton Bank and was a member of the Chelsea Groton Bank Foundation. He has volunteered professional time to the Diocese of Norwich and other civic organizations, and has worked with Sacred Heart School and Parish in Groton. He is a member of the Commission on Institutes of Higher Education, New England Association of Schools and Colleges, where he sits as a public member from the State of Connecticut.

Godley graduated from the University of Connecticut with a B.A. and received his law degree from Western New England College School of Law.