In Stamford, a nine-day festival of innovation, creativity and entrepreneurship brings together thousands from startups, corporations, investors and academia to exchange new ideas, build relationships, identify trends and recruit talent.

In Hartford, digital innovators from around the world work with some of the world’s largest insurance corporations to develop solutions for the rest of the century.

In the waters of Southeastern Connecticut, aquaculture researchers, submarine manufacturers, offshore energy suppliers and other maritime innovators are expanding the development of “bluetech,” building on the potential offered by ocean and river resources.

What do these examples of the innovative application of technology to evolving opportunities have in common? They are just a sampling of programs funded by the State of Connecticut through CTNext’s Innovation Places program, the state’s most ambitious effort to catalyze technological innovation that leads to economic growth.

Founded in 2016, Innovation Places focuses on the kind of economic development described by Brookings in its report, “The Case for Growth Centers: How to spread tech innovation across America.” Although the study’s goal was to provide the foundation to argue for a Federal approach to supporting tech expansion, the same rationale fueled Connecticut’s Innovation Places initiative. The report states: “We envision … establishing a rigorous competitive process by which the most promising potential growth centers would receive substantial financial and regulatory support to become self-sustaining new innovation centers.”

In 2016 Connecticut conducted such a competition, its four winners the cities/regions mentioned above: Hartford/East Hartford, New Haven, Stamford, and southeastern CT (anchored by New London and Groton). Each selected region created its own organization to plan and manage funding for growth-spurring programs, ensuring that every program had local leadership and community-wide buy-in.

Today, the four Innovation Places are driving forward, with CTNext support, along with matching funding from other area and statewide institutions, both private and public. Many of the initiatives are partnerships with higher education, exemplifying Connecticut’s dynamically expanding integration of university research and learning, entrepreneurial energy, and public/private financial support.

Programs focus on expanding the resources available to tech-based entrepreneurs (e.g., New Haven’s bioscience center); developing and recruiting the talent to meet the needs of both early-stage companies and Connecticut’s largest tech-based sectors; building the support ecosystem required to incubate and accelerate new business expansion; and to create urban centers that are attractive – both as places to work and as places to live – to technological innovators and the workforce they need. 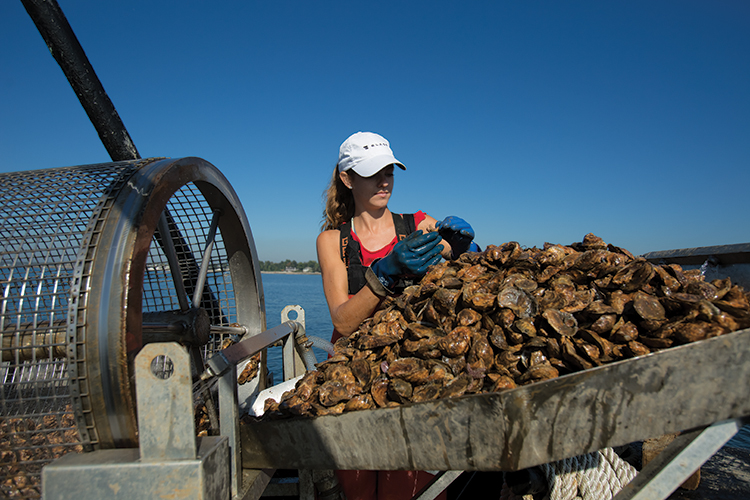 From submarines to aquaculture, bluetech is the hottest innovation sector on Connecticut’s coastline.